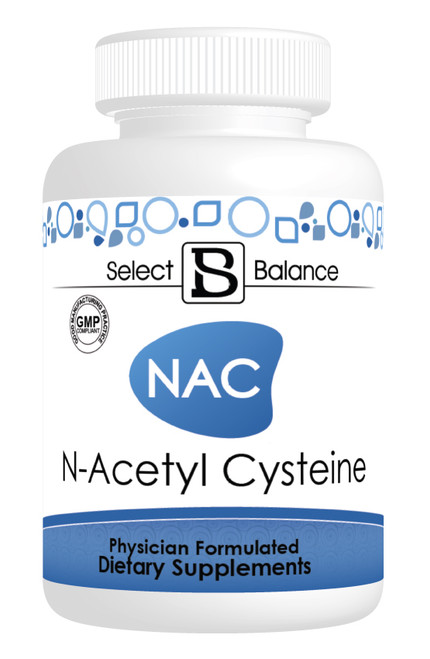 N-acetyl cysteine acts powerfully to strengthen the immune system and to loosen mucus from mucous related conditions. It also acts as an antioxidant. This is pure NAC with NO additives, binders or fillers. ‡

Fight colds and flu. NAC is a remedy often recommended by holistic doctors to prevent—and reduce symptoms of—the flu. A well-known Italian study published in European Respiratory Journal found that only 25% of people who took NAC and were injected with a flu virus developed flu symptoms compared with 79% who received a placebo. You also can consider taking NAC when you notice the first signs of a cold.

Protect your lungs. NAC protects the lungs by helping to make glutathione in the lining of the lungs. NAC also can act as a buffer against pollution. When you have a cold, taking NAC can protect your lungs from complications such as bronchitis. In people who have chronic obstructive pulmonary diseases such as emphysema, NAC can help reduce the buildup of mucus and congestion which, in turn, can help relieve the chronic cough that often accompanies emphysema. NAC also is recommended for people with pulmonary fibrosis, since it may slow the disease.

Acetaminophen Overdose and NAC Dosing: NAC can be used for acute acetaminophen dosing. If you or someone you know has potentially overdosed on acetaminophen (Tylenol), get to the emergency department as soon as possible. This is a NAC calculator for overdose that could be helpful after acute treatment. https://www.mdcalc.com/acetaminophen-overdose-nac-dosing#pearls-pitfalls 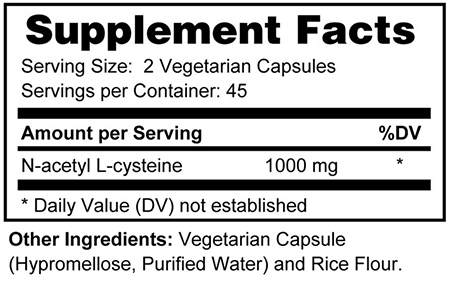 Manufactured in a US FDA inspected facility. GMP Compliant.
‡ These statements have not been evaluated by the FDA. This product is not intended to diagnose, treat, cure or prevent any disease.